11/15/2019 - American History, Including Treasures of the Civil War: Premier Auction 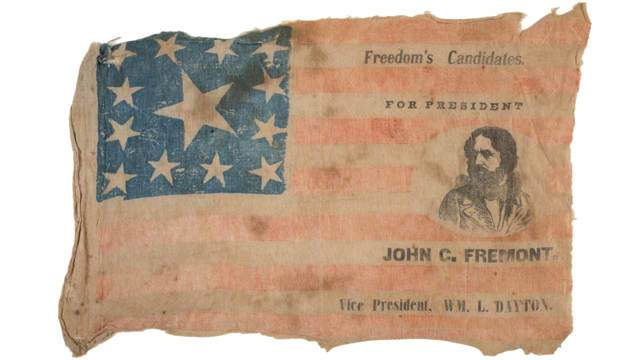 Cowan’s Fall American History: Premier Auction is comprised of over 400 lots, with more than half of the auction devoted to Treasures of the Civil War, ranging from an exceptional selection of Union and Confederate photography to manuscripts, imprints, artwork, medals, relics, and more. Included are previously unknown quarter plate tintypes of CSA President Jefferson Davis and First Lady Varina Davis, taken on the eve of the Civil War; a rare antebellum daguerreotype of slavery in Georgia, believed to be the earliest known image of enslaved African Americans with cotton;  and several important images from the American Indian Photography Collection of John W. Painter (1929-2008), most notably, a William S. Soule photograph album containing portraits of Southern Plains Indians, gifted by Soule to his Sister. Additional highlights include a Custer Tuebor 14K Gold badge presented to Captain Albert T. Henshaw, 6th Michigan Cavalry; Archive of William Courtenay, Postmaster and Indian Agent for Fort Berthold, Dakota Territory; and many other important artifacts from landmark moments in American history.

To receive your items before the holidays, payments must be received in full no later than November 27.

A 25% buyer's premium will be added to each lot purchased absentee, on the phone, on the floor, or on Cowan's Live

For all lots purchased through a third-party bidding platform, an additional 3% will be added by the third-party platform