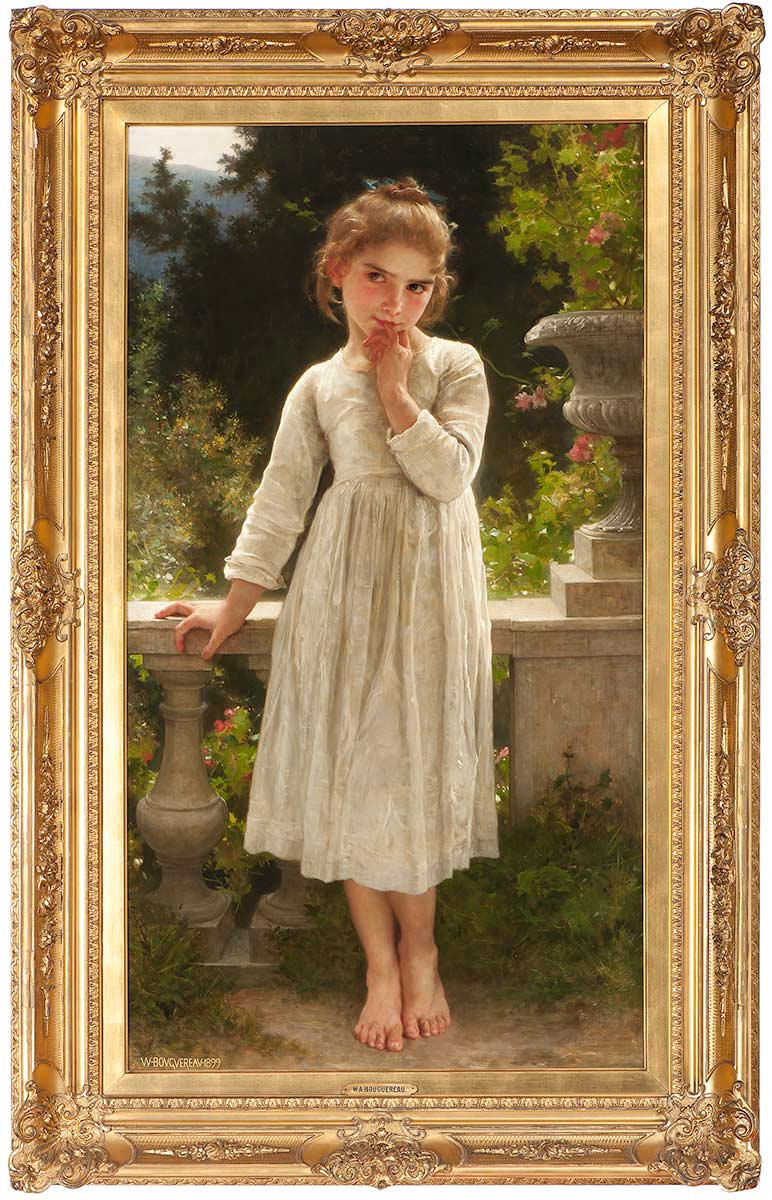 In a tale fitting the 21st century, Cowan’s is delighted to announce the recent discovery of Rayon de Soleil (Sunbeam), a masterwork by the French painter William-Adolphe Bouguereau (1825-1905). Completed in 1899, at the height of the artist’s career, the painting is an exceptional example of Bouguereau’s work. Sunbeam strikingly epitomizes his neoclassical style, showing unflinching attention to detail and lofty levels of technicality. Regarded as the foremost representative of French academic art during the second half of the 19th century, Bouguereau was a member of the Académie des Beaux-Arts and exhibited his work at the Salon for most of his life.

Sunbeam, however, was never displayed publicly, and has long been listed as “whereabouts unknown” by Bouguereau scholars. After it was completed, the artist sold it directly to Arthur Tooth & Sons Gallery of London, England in October of 1899. It was purchased that same year by Knoedler Gallery of New York City, and a few years later, in 1909, by Moulton & Ricketts of Chicago, Illinois.

Charles Gerald Conn, of Elkhart, Indiana acquired Sunbeam from Moulton & Ricketts sometime prior to July, 1910. Conn (1844-1931) was the founder of the Conn Band Instrument Company, which by the early 20th century was the largest manufacturer of brass and woodwind instruments in the world.

The painting has remained in the family of descendants of Conn since its original purchase. Earlier this summer, one of Cowan’s Facebook “friends” informed us of the existence of the painting. Imagine our astonishment to find the painting hanging in the parlor of a modest clapboard home in Elkhart, Indiana!