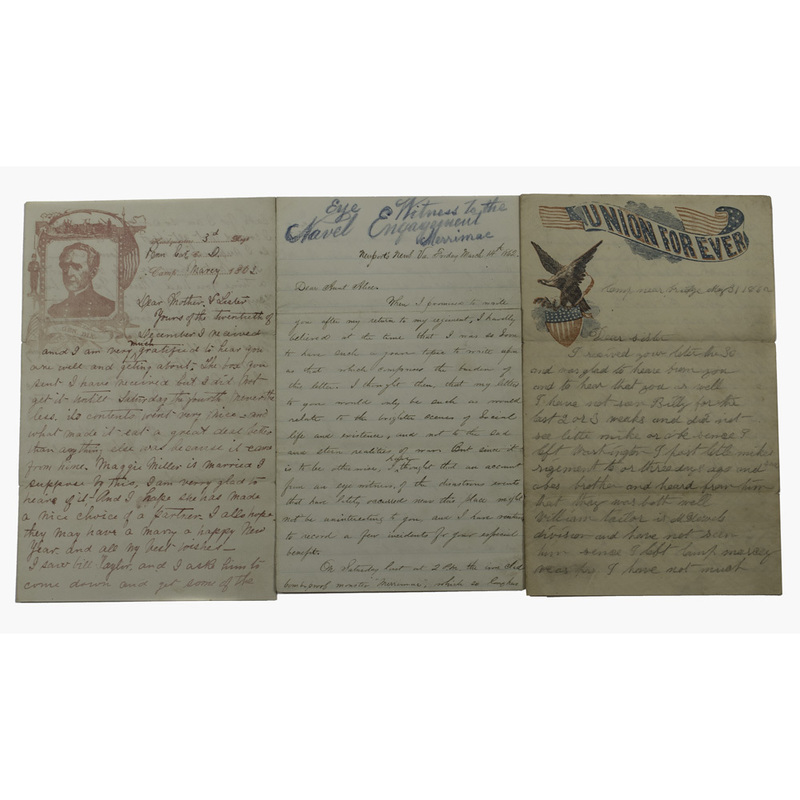 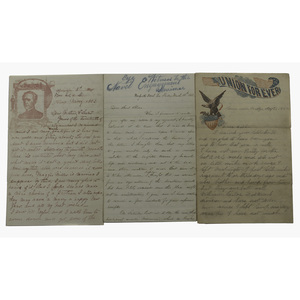 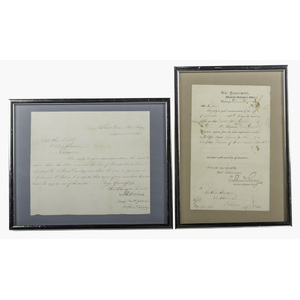 John Leach’s life prior to the Civil War is a mystery. His enlistment record does not indicate where he came from, when he was born, or any other information. He enlisted into the army on August 13, 1861 and mustered into the 3rd PA Cavalry, Co. D. Leach experienced many major historic battles in the Civil War. After the Battle of Hampton Roads he wrote to his Aunt Alice Burdge,

When I promised to write to you after my return to my regiment, I hardly believed at the time that I was so soon to have such a grave topic to write upon…But since it is to be otherwise I have thought that an account from an eye witness of the disastrous events that have lately occurred…

On Saturday last at 2 p.m. the iron clad bombproof monster “Merrimac,” which so long has our terror, made her appearance off this place attended by two of her rebel companions. They steered directly for the frigate Congress and Cumberland then doing blockade duty, and commenced her dreadful work of death and destruction (Newport’s News, VA, March 14, 1862).

He goes on to describe its perilous movements across each ship, the raining of shells reaching as far as the sick tents, and the trail of bodies in the water and the piles of the dead on the decks of the decimated ships. It was the first battle between ironclad vessels. The new technology showed its awe-inspiring killing potential.

Leach witnessed more carnage at the Battle of Seven Pines. We past over the battlefield [at Williamsburg] in the morning it was a hard looking plase to look at, Leach wrote to his sister. We followed the enemy up in the morning went through the town of Williamsburg and over took the rear guard of the reeding enemy and took several prisoners and went back to the town (Camp Near Bridge, May 31, 1862). He also fought at the Siege of Yorktown, Malvern Hill, Antietam, Chancellorsville, and Gettysburg. Little did he know, at Parker’s Grove, he would be captured.

The Rebels interred Leach at Andersonville, the notoriously deadly prison. He survived a grueling winter and endured all of the elements, but in the summer of 1864, dysentery took his life. He is still buried at Andersonville along with thousands of others who either died in battle or languished in the prison.