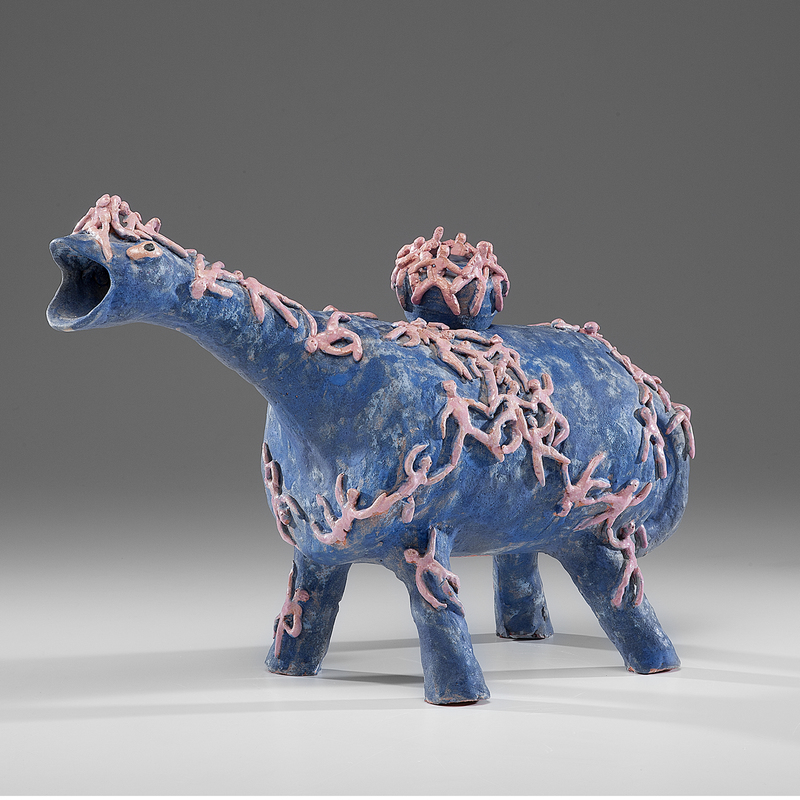 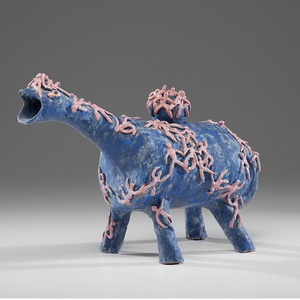 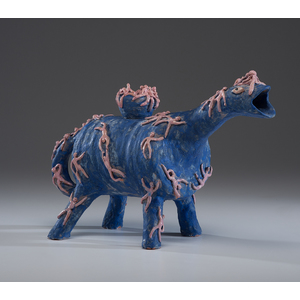 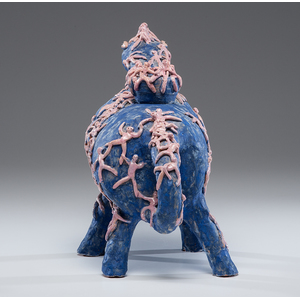 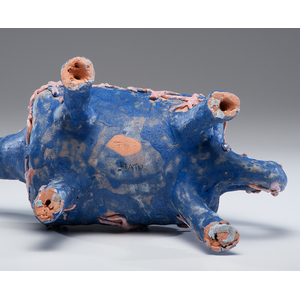 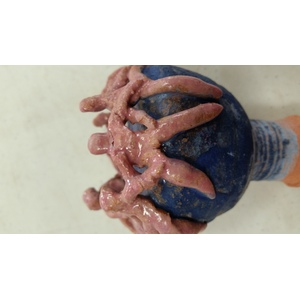 Beatrice Wood was introduced to Marcel Duchamp in 1917 and became an intimate friend of the painter and a member of his reche´rche culturelle clique which included Francis Picabia, Man Ray and others. She was present when the most famous ceramic work of art in the 20th century, Duchamp’s "Fountain" (1917) was thrown off the Independents Salon by the jury. Wood’s interest in making ceramics began in 1933 when she joined the adult pottery classes at Hollywood High School. She studied with Glen Lukens at the University of Southern California in 1938, and in 1940 with Gertrud and Otto Natzler. By 1950 Wood emerged as the leading American exponent of luster pottery and had the most remarkable career, actively making and exhibiting until close to her death at 105. Her work is in scores of museum collections including the Metropolitan Museum of Art, Museum of Modern Art in New York and the Pompidou Center in Paris.

Repair to one of the figures on the stopper (head has been reattached). Small chip to bottom of stopper as well. 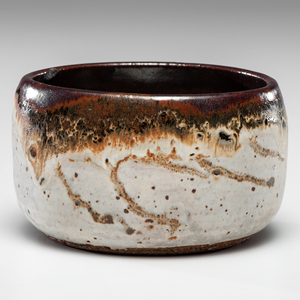 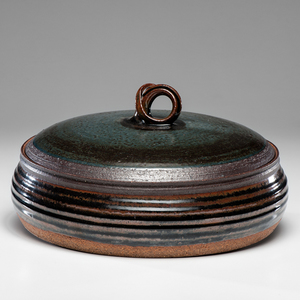 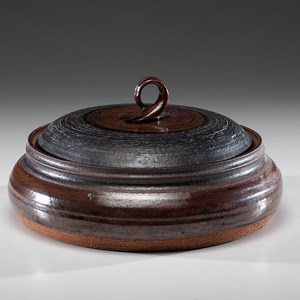 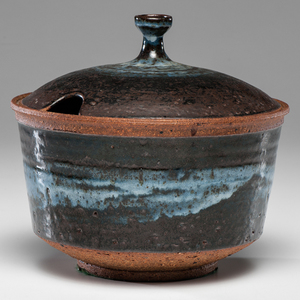