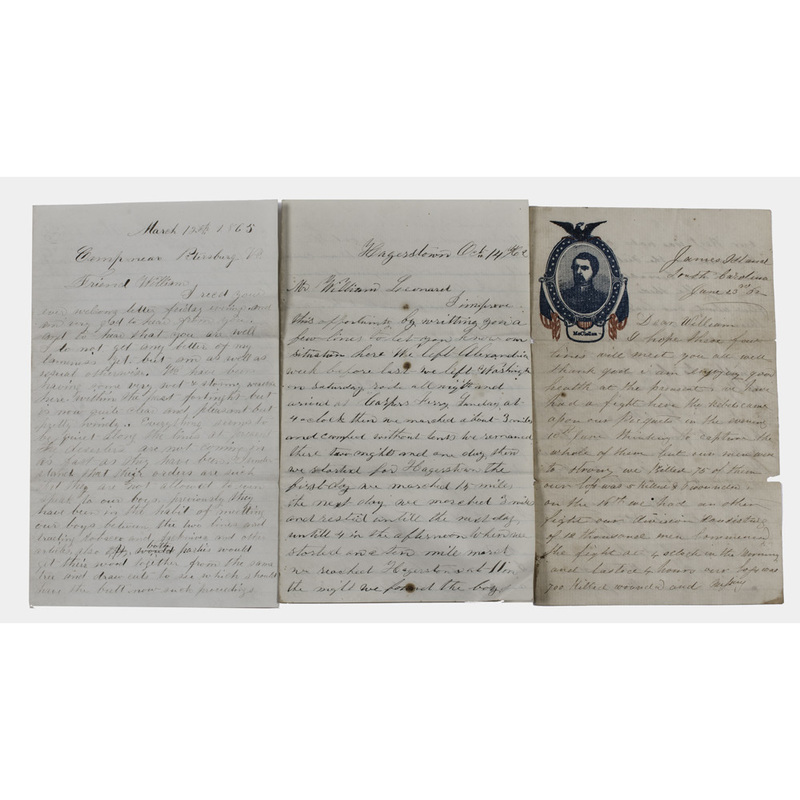 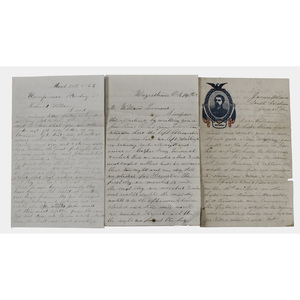 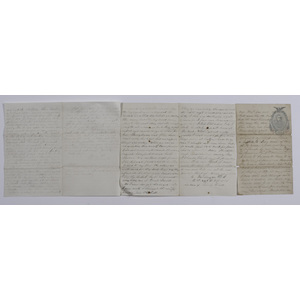 Hate and bitterness subsided for a short while between Union and Confederate soldiers when they exchanged goods. Confederate soldiers would trade precious tobacco with Union men for food and other items. Benjamin Jerough, a Union private, had a much more sympathetic view of his enemy and mentions trading and conversing between the two foes at Petersburg. Everything seems to be quiet along the lines at present he deserters are not coming in as fast as they have been, wrote Jerough.  I understand that their orders are such that they are not allowed to even speak to our boys, previously they have been in the habit of meeting our boys between the two lines and trading tobacco and jackknives and other articles (Camp Near Petersburg, March 12, 1865).

Jerough’s letter shows that some soldiers still spoke to their enemy and recognized their humanity. Confederate superiors realized how dangerous this could be on the field of battle and ordered their men to no longer consort with them. Separation and a sense of otherness were vital to war because a little kindness could possibly make the hardest soldier’s heart soften and question why he fought. Prior experience and the memories of fallen comrades, however, would often harden the men’s hearts again and allow them to lift up their rifles with little to no remorse. Yet, despite fighting for his life at Antietam, Fredericksburg, Gettysburg, Wilderness, Spotsylvania, and Cold Harbor Jerough found fault on both sides.  His heart not only bled for Union soldiers but also for Confederate prisoners. In Alexandria, he witnessed a large group of 1600 paroled Confederate soldiers march into his camp.  They were ragged barefooted and half starved, describes Jerough.  Our northern people preach for deferent from what it is they pretend to say that the soldiers are well cared for they don’t know anything about it let them come here and see (Hagerstown, October 14, 1862).

Many American civilians felt ire towards the Confederacy for the poor treatment of captured Union soldiers. As Jerough mentions, the same people felt that the Union treated Confederate prisoners well. Contrary to their beliefs, both the Union and the Confederacy stuffed their prisoners into overcrowded cells rife with disease. Thousands on both sides died from malnutrition, unsanitary conditions, or exposure to the elements. Even though in one battle Jerough helped cary some of them of the 700 dead, wounded, or missing men off the field he still did not feel that those actions justified the poor treatment of Confederate soldiers (James Island, June 23, 1862).

Luckily, the war ended in the summer of 1865. The Union and Confederacy released their prisoners and the divided states could work towards being united once more.