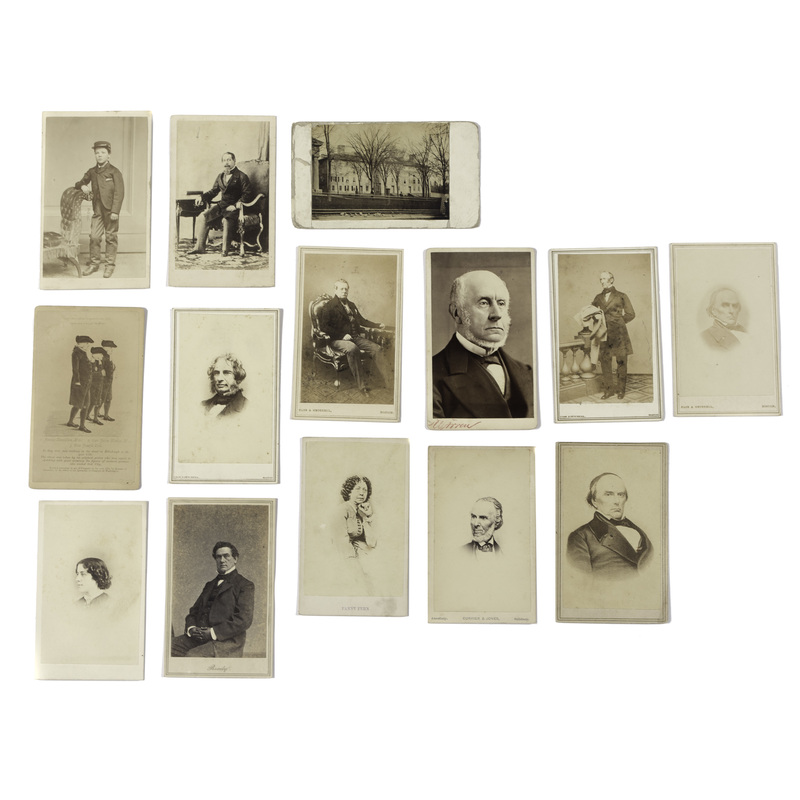 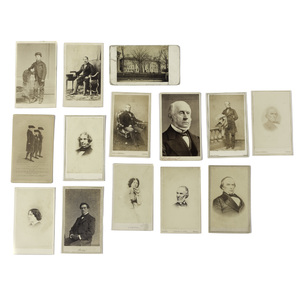 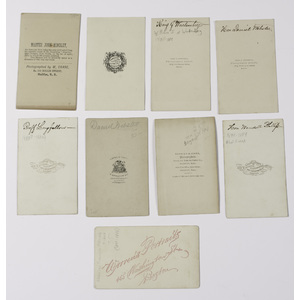 Two albumen CDVs of Daniel Webster (1782-1852), including a copy vignette by Case & Getchell, Boston, and a portrait from an engraving, published by D. Appleton & Co.

Albumen CDV of a sketch of John Wesley, Joseph Cole, and James Hamilton in Edinburgh in 179, copyright to Robert G. Gardner, 1876.

Master John Hindley, carte by W. Chase, Halifax, Nova Scotia, with imprinted description on verso describing him as: An English Boy, being the only child saved from the frightful wreck of the steamship "Atlantic," near Proscpect, Nova Scotia, on the 1st of April, 1873, by which 546 persons perished.

Brady's Gallery CDV of an unidentified sitter (he looks distinguished and familiar, but we are unable to come up with a name).

And an albumen carte of University Hall at Brown University in Providence, Rhode Island.