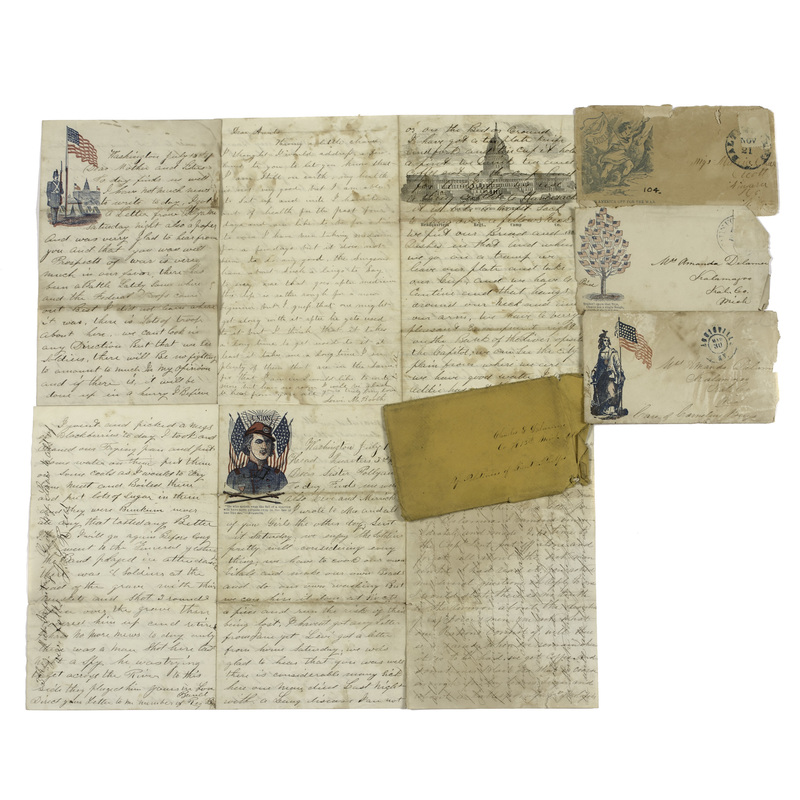 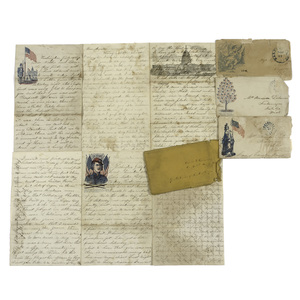 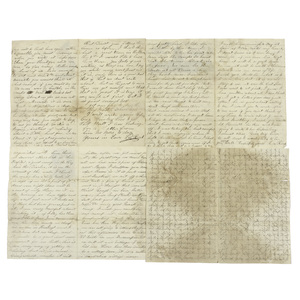 Optimistic about the Union's strength, James  Lee Reed wrote to his mother, Prospects of war are very much in our favor...I believe we will be back home again in a few months (Washington, July 15, 1861). Reed enlisted in the army on June 10, 1861 as a musician in the 3rd MI Inf. and played on the battlefield until discharged in Hampton, VA on March 24, 1862. He enlisted a second time on October 22, 1863 as a private in the 11th MI Calv. and quickly rose through the ranks. He transferred to the 120th USCT Inf. Co. C after being promoted to 2nd Lieut. on November 1, 1864. He transferred again after his final promotion on June 16, 1865  to 1st Lieut. of the 5th USCT Cavl. Co. K. He resigned on March 16, 1866. Early in the war, he had similar hopes of young men on both sides. Little did they know, the battle waged on for four more agonizing years.

Illness ran rampant throughout Reed's camp in Washington. He attributed the spread of diarrhea to the drinking water. The water has an oily taste to it, wrote Reed to his sister. If we let a pail of it stand over night there will be a coat of oily skin on it in the morning...I am careful about drinking it (Washington, July 1, 1861). His astute observation and caution towards the drinking water most likely saved his health, unlike his relative Levi M. Booth.

Booth suffered from dysentery in the hospital in Washington. He wrote home to his Aunt on the same page as Reed, informing her that he could sit up now and was on medication. Booth was also a musician in the 3rd MI Inf. He enlisted at the age of 18 but slowly worked his way through the ranks to the position of 2nd Lieut. He served with the 3rd MI until he mustered out of Harrison Landing, VA on August 13, 1862. He enlisted a second time on November 7, 1863 and mustered into the 11th MI Cavl. Co. H. He served with them until July 1865, when he transferred to the 8th MI Cavl. The same day of his transfer to the 8th, he received a commission as 2nd Lieut. in the 5th USCT, which he accepted. He resigned from that position a few months later on September 14, 1865. Both Reed and Booth saw little action with their regiments, unlike Sergeant Charles Delamere of the 13th MI Inf. Co. H.

Delamere enlisted at a sergeant on November 12, 1861. He mustered into the 13th MI Inf. Co. H on January 17, 1862. From the battlefield at Nashville, he wrote his wife Amanda, a long letter. I was attending to a sick man when I heard the cry a letter for Serg. Delamere, he wrote. I vamosed immediately...and forgot all about the sick man until I read it (Nashville, March 26, 1862). Delamere's regiment was afflicted with the same ailments as Booth and Reed's. He assured his wife that there were no fatal diseases spreading and they were in healthy country. He survived the war including the Battle of Nashville, Chickamauga, and Lookout Mountain. He returned home after being discharged from service on March 20, 1863 at Murfreesboro, TN.