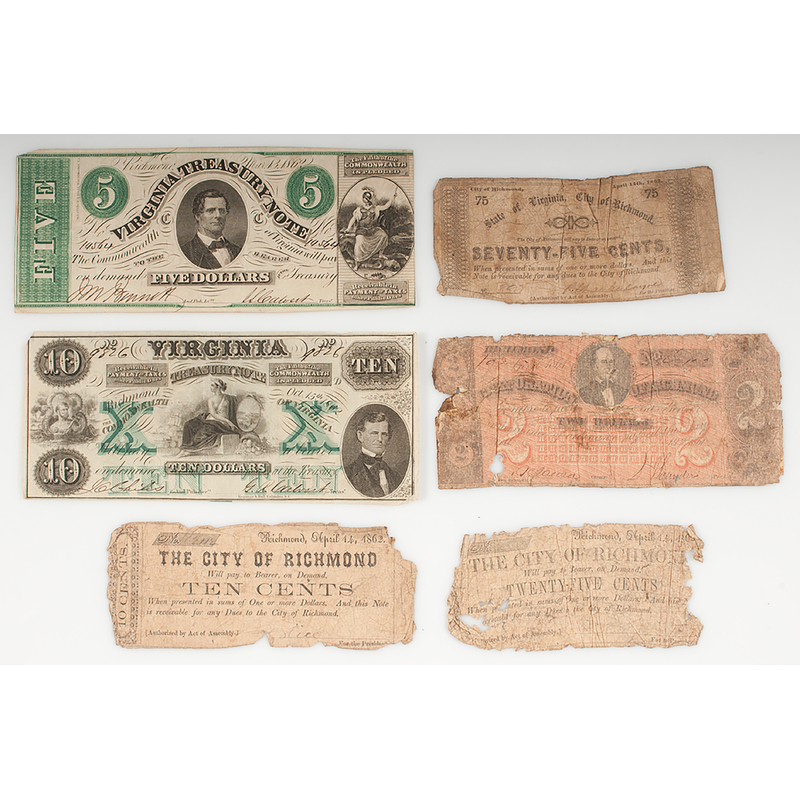 Confederate Paper Money from Virginia and City of Richmond

Following are some City of Richmond notes. They are all in heavily used condition. May not be of as much interest to collectors of paper money, but they are uncommon items of interest. The city was placed under martial law by President Jefferson Davis in 1862, making it difficult to get currency through. The merchants still had a need to conduct business, and people had to pay taxes, etc. Signed, but barely readable because of condition. (We are sure someone will recognize these names.)

Two City of Richmond notes, 10 Cents, April 14, 1962 issue. Both rough condition. (Some grading systems would still call them "good," but they are missing large pieces.)

One City of Richmond 25 Cent note, less than G. Same issue as above.

One City of Richmond 75 cent note, Good. (Soft, toned overall, but for the most part intact.) Same issue as above.

Corporation of Richmond, $2, issued 19 April 1861, red and black ink. Good or a little better. Only small pieces of paper missing. Feels like it is affixed to something else, but most of the damage affects both note and backing, so they have been together for a while.