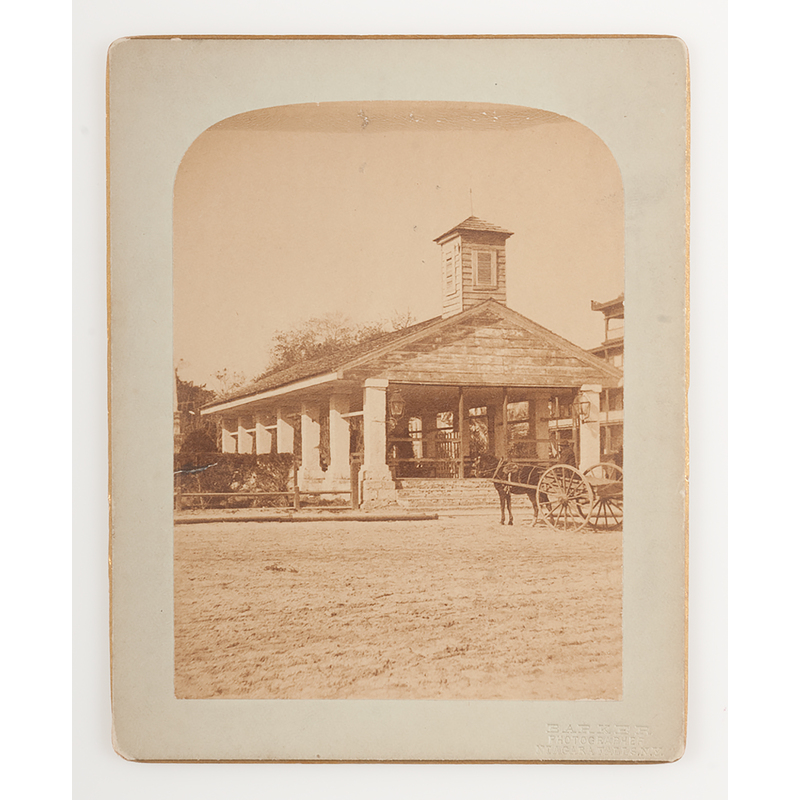 George Barker was one of the earliest photographers to visit the state of Florida. At the time, photography in the state was challenging, as much of Florida remained undeveloped, which meant photographers needed to carry their bulky equipment through the state's wetlands and subtropical jungles. Barker spent nearly four years (on and off), from 1886 to 1890, documenting much of northern and central Florida.

This photograph come from the estate of Henry Austin Clark Sr. (1865-1951), who was born at 28 University Place, New York, NY, and resided in Flushing, Queens and Southampton, Long Island. He was one of the earliest stockholders of Hawaiian Steamship Company, VP and director of Cuban-American Sugar Company, director of the Chaparra Sugar Company, Colonial Sugar Company and the National Sugar Refining Company. He was husband of Marguerite Dixon Clark, and father of Elizabeth Clark Nicholas and Henry Austin Clark Jr, noted car collector and museum owner.

Henry Austin Clark, Sr., was the son of Dr. Frederick Hamilton Clark, New York City dental surgeon, and Elizabeth Stebbins (Waterbury) who descends from Benoni Stebbins (1655–1704) killed at the 1704 Deerfield, MA massacre. His son, Benjamin Stebbins (1692-1780) was among the first to settle Ridgefield, Connecticut and married to Sarah Mead (1695–1774). The 1777 Battle of Ridgefield took place near the Stebbins homestead.

Toning to photograph. Light wear along perimeter of mount.