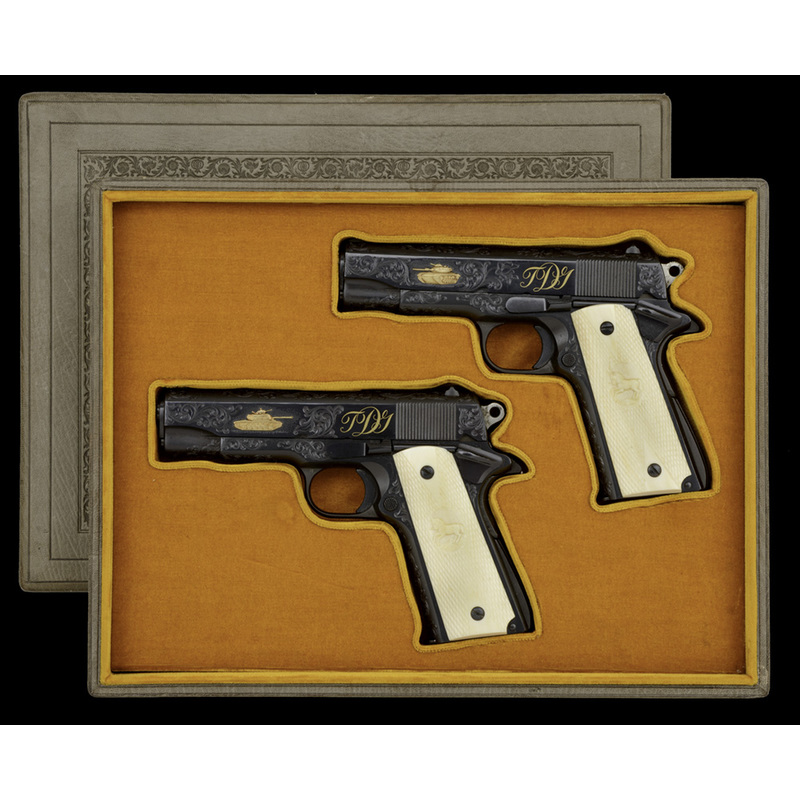 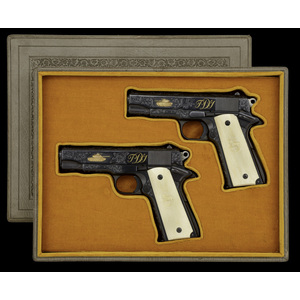 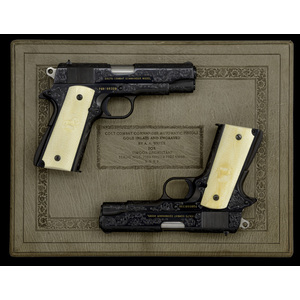 The pistols are accompanied by a signed and notarized letter from R.L. Wilson, Historical Consultant for Colt Firearms, that describes the pistols. The letter reads as follows:

On September 12th 1979 the author received from the Colt Firearms Division the serial number 70BS88329 and 70BS88330 .45 ACP Combat Commander Automatic Pistols, "in the white", for embellishment for Major (later Colonel) Timoor Daghistani, of the Jordanian Tank Corps. It was his wish that Alvin White do relief gold inlay, on the left side of each slide, a tank motif, accompanied by his monogram, TGD, in script.

The tanks selected were the M60A1 on No. 70BS88329 and the M48 on the No. 70BS88330. Timoor himself supplied the pictures used by Alvin White, taken while the Major was on maneuvers. The right side of each frame bears the flush gold inlaid marking of the serial number, and the right side of each slide bears the flush gold inlaid markings : COLT'S COMBAT COMMANDER MODEL

The scrollwork is in the distinctive Alvin White pattern, with profuse coverage on the frame and slide, even on the sand blasted areas.

Alvin White's signature, "A.A. White" is engraved on the right side of each frame, and is visible when the checkered and carved ivory grips (the Rampant Colt medallions exquisitely sculpted in ivory) have been removed (also made with a pair of service checkered walnut grips). The ivory grips are also signed, on the inside surface, in script: "A.A.W."

The distinctive velvet and leather casing is inscribed on the lid with the identification of the pistols, the engraver, the client, the serial numbers and the date 1981, accompanied by a richly embossed scroll border motif. Maker of the case was Arno Werner, chief bookbinder for Harvard University's Houghton Library, one of the most important rare book collections in the Western Hemisphere. This is the unique set of Colt pistols, and one of the most interesting and intriguing in Alvin White's distinguished and celebrated career. See the author's COLT ENGRAVING and COLT AN AMERICAN LEGEND texts for information on this important craftsman. The pistols are pictured on page 352 of the latter volume, in color.

The paper work is accompanied by several pictures of A.A. White, along with several articles pertaining to his career as a master engraver with the Colt Custom Department.

As noted in the letter, the pair of pistols are featured on page 352 of R.L. Wilson's book Colt An American Legend. They are shown with the walnut grips, which are not included.

If you are purchasing a firearm that requires an FFL or C&R and you do not have one, we can transfer the gun to a firearms dealer of your choice. We will transfer and ship the firearm to them, and they will then transfer it to you. Any charges for this service (which may include a background check) are between you and the dealer. If you come to Cowan’s in person to pick up your purchase(s), we can transfer a long gun to you directly. Handguns can only be transferred to Ohio residents. 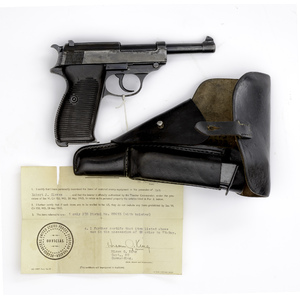 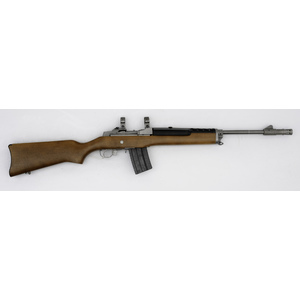 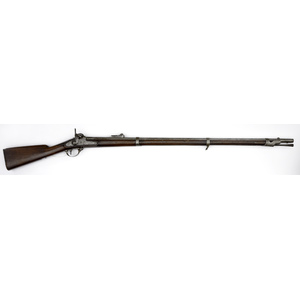