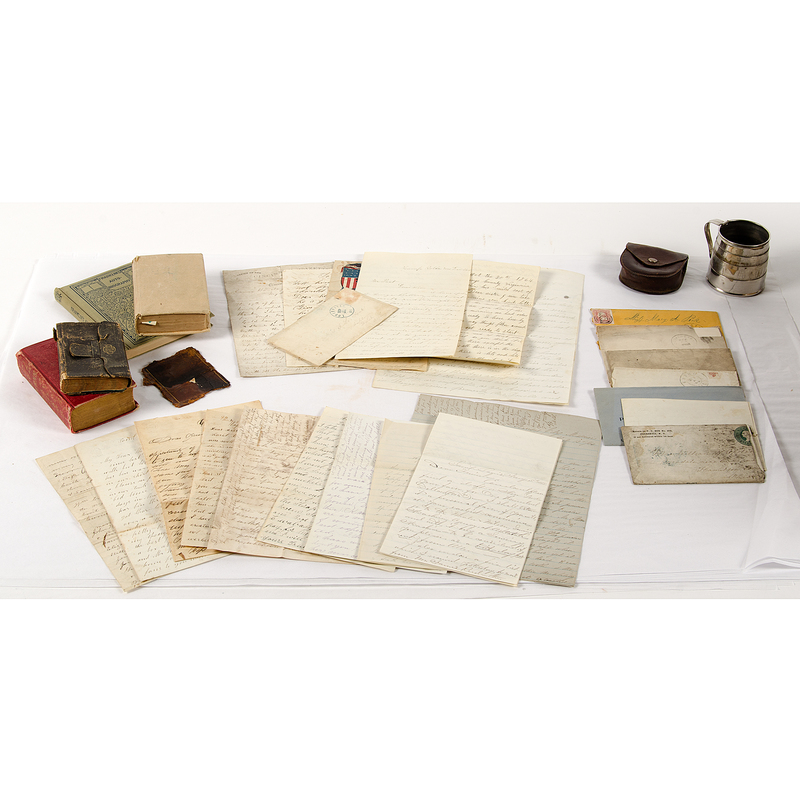 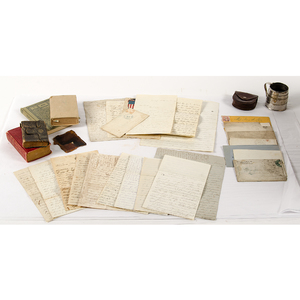 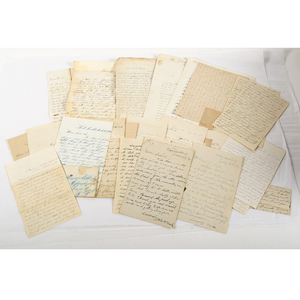 Last Tuesday morning we had orders to pack up and get ready to leave…we started and went to City Point…then we left there and came back to our old Camp again all this was done to get the horses and wagons out of reach of the rebels shells for we expected to have a big fight week we had a fight but I have not heard what they done yet (Prince George County, VA, October 30, 1864).

The soldier could possibly be Robert Maury of the 10th MO Inf. or Robert S. Moony of the 1st MA Cavl. Based on the location of the letter, it is more probable that the soldier is Moony but his middle initial appears to be A in the letter, not S.

There is a fire every night and almost every day we hear of a murder or some one killed, writes L.L. Burnett to his sister. The letter is most likely from Liberty L. Burnett of the 31st MA Infantry, Co. C. Burnett was a farmer in Massachusetts before enlisting in the army as a corporal on October 12, 1861. He was discharged for a disability on August 24, 1863 at Baton Rouge, LA.

We are five miles beyond Manasas Junction, we arrived here last Sunday…we are in Peings(?) division me, Dowells and Cuters Brigade, we all suppose that our destination was Richmond, it may be now, but there are rumors of late that we shall be ordered to some other point (Bristoe, VA, April 11, 1862). The letter can be from one of two privates, a George Sarles of the 141st NY Infantry or a George H. Sarles of the 13th CT Infantry.

Discussing an outbreak of small pox among the men in his regiment.

Our regiment has the name of bearing the best marching regiment in this brigade. All of the rest of the regiments in our brigade wears blue uniform and they called us the greyhounds because we are dressed in grey and walk so fast when our regiment was ahead the blue coats could not hardly keep up and they put us behind and then we marched up on them so that they cursed us all the way (Camp Rolla).

George was part of the 77th IL Infantry that fought at Vicksburg.

Typical soldier letter home from a soldier named George speaking to his father about a furlough to help him with his crops and a sum of money to help hire someone to work until he arrives.

4pp letter on single folded letter sheet dated Lexington, KY. Sunday, Nov. 2, 1862, completely transcribed, written by Brad to his wife. While it does not list the unit, it does list names of several of Brad's friends serving with him. Research indicates his unit was attached to a Brigade made up of 22nd Wisconsin, 14th Kentucky and 112th Illinois Regiments, under the command of General G.C. Smith. He writes of Union sympathizers fleeing western TN and several of his fellow soldiers being ill; some so ill as to be discharged.

The first letter requests an evaluation of a candidate for a governmental position (unnamed) from New York by the name of Sessions. In essence, Stevens strongly rejects Sessions' qualifications for the position. Count A. Corvin wrote the second letter that discusses, in his opinion, the failure of the NY Bureau's engraving office under the direction of a Mr. Gwynn, and attributes its errors to the paper used, which Gwynn supplied.

The cover has a Washington, D.C. cancellation with red 3-cent Washington stamp. The letter discusses the prevalence of sickness and his own attempt to treat his cold with a Radway's Ready Relief patent medicine. He was so impressed with this remedy that he includes the printed 2-cent sealing revenue stamp from the box, which is near mint. He speaks of the death of fellow soldiers from disease; liking the soldiering life; and of being homesick, written on a folded single page letter sheet with 3 pages of text

An 8.5 x 11 in. hand-colored map with blank page attached at left margin entitled Topographical Map of Virginia between Washington and Manassas Junction. On the blank page is a manuscript soldier's letter to his sister and father, dated Arlington Heights, July 31st, 1861?. He tells them of the surrounding country and General Robert E. Lee's plantation and sends a leaf from his home to his sister. He states that they were issued 40 rounds of ammunition the night before, which generally was done just before an expected battle.

Gentlemen: Please admit Mr. Peter Sweeny to explain his plan of obstructing the entrance to the harbor by wire cables suspended across it. I have been very favorably impressed with this suggestion, and would ask for it your careful consideration. Very Respy. Yours George Opdzky? Prest. Of Board, with seal of the city in upper left corner.

Typical folds and toning of the paper, some brittleness at the folds and edges. Many letters do not include the original envelopes.