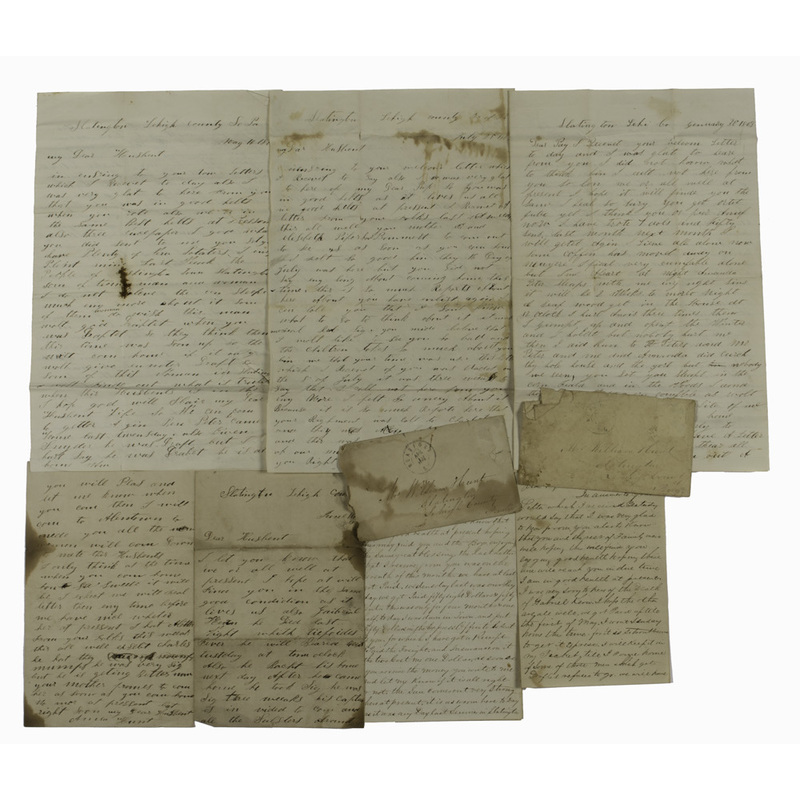 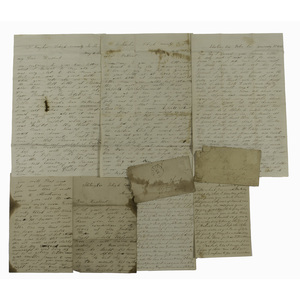 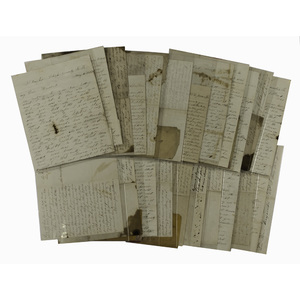 William Hunt worked as a mechanic before enlisting in the Civil War. Beyond the factory, he left behind a devoted wife and two young boys. When he departed for the front he seemed to leave his troubles behind. For his wife, Anna; however, her troubles seemed to multiply.

Hunt was excited to be a part of such an important event. He wrote to his wife:

We have left Camp Newbern on last Sunday morning and are now on board of a steam boat bound for I don’t know yet. We lay between Beaufort and Moorhead City. This is said to be one of the greatest fleet that has ever gone on an Expedition some says their are about one hundred thousand men but I do not believe their will be so many (Bogues Sound North Carolina, January 27, 1863).

Excited about receiving new equipment, he wrote to Anna, We have got new Austrian Rifles they are very easy to handle we can shoot the Rebels nine hundred yards off we wont have the get so close to them any more (Camp Near Beaufort, SC April 10, 1863).

He enjoyed camp life and his rations. He frequently told Anna of his good health and that they fed him enough. He performed several different jobs in the army and described them to her. I was detailed from the Regt. to be one of the Provost guards in Suffolk we are all together again and has been all the time except that one week, wrote Hunt (Camp near Newberne, NC January 20, 1863). He did not enjoy guarding and picket duty as much as his appointment to the ambulance core. He explained, I don’t have to carry the musket any more nor stand guard, good lazy times (Bogues Sound North Carolina, January 27, 1863).

During his leisure hours he explored Hilton Head and South Carolina. I was out a walking on the island I traveled about 4 miles I saw some very nice plantations also I was at a n***** church when they had a meeting but did not go in, wrote Hunt.  I was in a very nice flower garden it used to belong to some old rebel I also saw his chair he had it made between two trees (Camp Beaufort, SC May 24, 1863). He also enjoyed sampling the harvests from the local gardens, Whenever we want mint and sage for tea we just go over to an Old Negro and he give us as much as we want out of his garden, wrote Hunt (Camp Near Beaufort, SC April 17, 1863).

While Hunt enjoyed his time on the front, his wife worried at home. I will tel you that the people woeyne(?) thy say that you was in a battle to Charleston it trubble me so I cannot sleep nor eat nor rest eny more for a hole night I sot on a chare and was criing all night I only wish I cen see you ones more I only wish you was at home, wrote Anna (Slatington Lehi County, PA April 7, 1863). Hunt’s children missed him as well. Anna wrote, The chiltren talk very much about you all the time Arthur is all most as big as Benjamin thy pray for you every time as thy eat their meal or go to bet…Benjamin set you sholt com home and brig a little gun along (Slatington Lehi Co., January 30, 1863). As the months passed the distance did not become any easier.  Benjamin he tolk me one kiss me this morning he set I sholt right it to Papa that way he wolt kiss you when you com home, wrote Anna. O my dear husbent it is so hart when the chiltren wish so fore Papa I often set down whits them and there we all three or grieving fore our dear father (Slatington Lehigh Co., PA, May 24, 1863).

Anna was anxious that Hunt enjoyed military life so much that he would enlist again and not return home. He tried to comfort his wife with little success. He wrote to her, You need not be alarmed about me enlisting again if I do I will come home and see you first and thew I think I will enlist again for I will be too lazy to work much when I do get home (Camp Near Beaufort, SC April 10, 1863).

Hunt was in danger on the front, but either to ease his wife’s anxieties or because of the lack of combat, he rarely wrote about what happened in battle. After repeated requests to let her know what was going on, Hunt wrote to Anna, Our company and Company E are doing picket duty. The balance of the Regiment is laying at Hilton Head…The river runs almost around the camp…The Rebels are laying on one side and we are on the other of the river we can see one another every day and this is all we have to do with one another (Jenkins Island, July 8, 1863).

As promised, Hunt did not enlist a second time. He returned home to factory work and his family after being honorably discharged out of Harrisburg on August 18, 1863.  He and Anna added three more children to their brood.